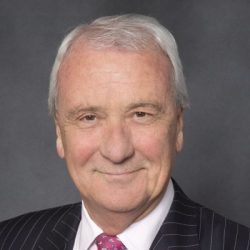 Mr David Miles is a lawyer and company director whose career spans three key areas of interest – law, business and the community.  He was appointed Chairman of Innovation Australian from September 2007 to September 2014, having chaired its predecessor, the Industry Research and Development Board from March 2003.

Mr Miles’ broad business interests include positions as independent Chairman of Uniseed Management Pty Ltd and LegalSuper Pty Ltd, Director of ASC Pty Ltd, membership of the Council of the Australian National University, Deputy Co-Chairman of the Committee for Melbourne and Chairman, National Stakeholder Steering Committee for the National Smart Electricity Meter Project.  He is also an executive coach with Global Coaching Partnership and Chairman of the Australian Motor Sport Appeals Court (AMSAC).

Mr Miles was formerly Chief Executive Officer and Managing Partner of the national Law firm Corrs Chambers Westgarth, a past President of the Law Council of Australia and also previously the Australian representative on the Council of the International Bar Association.  He was previously a member of a three person Expert Group that conducted a Review of the Australian Venture Capital Industry in 2005, Chair of the National Innovation Summit of 2000, the National Summit Implementation Group, the Innovation Awareness Council, the National Innovation Council, is a member of the Prime Minister’s Science, Engineering and Innovation Council, and a member of the Commercialisation Australia Interim Advisory Board.

Mr Miles Holds a Bachelor of Laws and was awarded membership of the Order of Australian in 2007 and an Australian Centenary Medal in 2001. 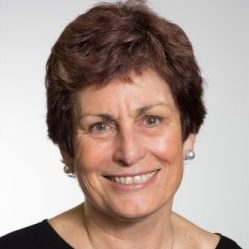 Dr Leanna Read joins as an independent board member and brings a wealth of executive, board and start-up investment experience to the role. As well as being appointed as South Australia’s Chief Scientist in 2014, she is currently the Chair and Chief Executive Officer of the Cooperative Research Centre (CRC) for Cell Therapy Manufacturing – an international collaboration of 16 participant organisations spanning industry, clinicians, healthcare and research providers. 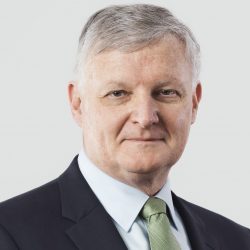 Dr Jack Steele is the General Manager, Science and Government for CSIRO. In this role, he reports to the Deputy Chief Executive, Science, Strategy & People. He brings to the role a combination of experience in science management, in commercial management and in governance. Dr Steele also reports to the Chief Executive and supports Dr Marshall for a number of current activities relevant to industry issues. He is a member of CSIRO’s Executive Management Committee.

From 2000 ‐ 2009, Dr Steele held CSIRO corporate roles that involved managing the corporate governance processes for commercial activities; renewal of CSIRO’s commercial policies; complex commercial and intellectual property transactions including Start‐ups and Venture capital fund investments; the formation, restructuring and wind‐up of R&D entities; and commercial management for CSIRO of infringement litigation (in relation to the Focus Night & Day TM patents) and as a team member of the Wireless LAN patent assertion and licensing team during the US litigation. Over the 2002 – 2009 period, he was the secretary of the CSIRO Board Commercial Committee and on the CSIRO Commercial Executive committee.

During 2010 and 2012, Dr Steele was responsible for supporting the development of the 2011‐15
Strategy for CSIRO as well as of the science investment strategy.

As General Manager for Science and Government, he supports the Chief Executive in interactions with government and is responsible for the analysis of the health of CSIRO’s science performance. 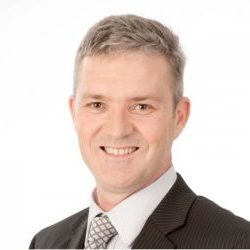 Chief Operating Officer at the University of Queensland. (UQ Nominee)

His academic qualifications include a Bachelor of Arts (Politics and Economics), Bachelor of Law, Master of Business Administration, Post Graduate Diploma (Industrial Relations) and an Advanced Management Program at Harvard Business School.

Prior to Aurizon Greg was Group Company Secretary for Flight Centre Ltd and Senior Manager, Strategic and Global Risk management for PricewaterhouseCoopers. Greg was a Magistrate with the Department of Justice in South Africa.

He has extensive experience in strategic planning and execution, budgeting and expense control, business integrations and change management and transformation. Greg is married with 3 children and enjoys adventure travel and triathlons. 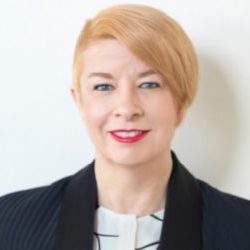 Vice-Principal (External Relations) at the University of Sydney (USYD nominee)

Tania Rhodes-Taylor is the Vice-Principal (External Relations) at the University of Sydney.  In addition to overseeing the University’s engagement with industry and community, Tania has direct responsibility for the University’s Marketing and Communications, Museums and Cultural Engagement, Government Relations, Media, Events, Admissions and Global Student Recruitment and Mobility.

Prior to joining the University of Sydney, Tania was the Director or Marketing and Communications at Queen Mary University of London where she had overall responsibility for eternal relations and reputation development.  Tania has previously worked in the corporate and government sectors and began her career with Unisys, including a period working in Asia, before moving to work for government agencies and, since 2007, within the higher education sector. 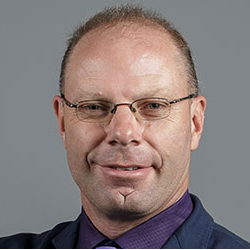 Director of Research Partnerships (Division of Research) at the University of NSW. (UNSW nominee)

Warwick Dawson is the Director of Research Partnerships (Division of Research) at UNSW Australia. He has 20 years experience in strategic leadership roles in both the public and private sectors. In addition to various positions in research intensive universities, he has held legal and commercial roles in the engineering, construction and IT sectors supporting a wide range of clients ranging from multi-nationals to SMEs. Key achievements include building effective partnerships enabling successful execution of high impact projects, and delivery of effective customer focused services. 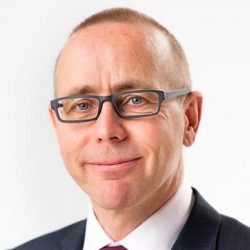 Allan Tait is Vice-Principal Administration & Finance and Chief Operating Officer at the University of Melbourne.  His portfolio includes finances, human resources, IT and facilities.  Allan chairs the University’s commercial subsidiary and is a member of a number of other boards.

Prior to joining the University he was a partner in the corporate finance group at PricewaterhouseCoopers, and finance director of the local investment banking subsidiary of the Toronto Dominion Bank.

Allan is a chartered accountant and a member of the institutes in both Australia and the UK.  He has a degree in economic history from the University of Birmingham (England).

Allan was the winner of Oracle’s ‘Leadership in Finance (Asia Pacific)’ award in 2014 and was a finalist in the Australian Financial Review’s ‘CFO of the Year’ in 2013.