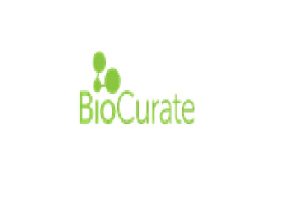 The agreement will provide both parties with potential co-investment opportunities in early stage research into new drugs and therapeutics.

Founded in 2016 with the support of the Victorian State Government, BioCurate is dedicated to translating and commercialising early-stage medical research to bring critical new medicines to patients. BioCurate has several projects it is supporting, which have emerged from the world-class biomedical research departments of the University of Melbourne and Monash University.

Commenting on the announcement, Peter Devine, CEO of Uniseed, said: “We are excited to enter this collaboration with BioCurate, as it will ensure early stage drug and therapeutic projects  are appropriately funded and managed, and given the best chance of success through the collective input and experience of the Uniseed and BioCurate teams”.

Dr Glenn Begley, CEO of BioCurate, said the team has been in discussions with Uniseed to explore ways both entities can work together to commercialise early stage research, culminating in the signing of the formal agreement.

“We are delighted to be joining forces with Uniseed in our mission to bring critical new medicines to patients and help realise the potential of Australia’s biomedical research community. The Uniseed team bring invaluable industry experience that will be instrumental in our continued efforts to accelerate the development of new drugs that have the greatest commercial potential,” Dr Begley said.

About Uniseed
Formed in 2000, Uniseed is Australia’s longest running university commercialisation fund. Uniseed has supported a number of highly successful companies arising from partner research organisations, such as the University of Melbourne’s Fibrotech (sold to Shire in 2014) and Hatchtech (sold to Dr Reddy’s Laboratories in 2015); the University of Queensland’s Spinifex (sold to Novartis in 2015); and the University of NSW’s Smart Sparrow (sold to Pearson in 2019) and Exonate (major research collaboration with J&J announced in 2020).

About BioCurate
BioCurate was formed jointly in June 2016 by the University of Melbourne and Monash University, with support from the Victorian State Government, to accelerate early phases of new drug development.

The Company’s vision is to be a recognised global leader in the translation of basic medical research into human therapeutics. BioCurate‘s mission is to grow the Victorian and Australian biotech sector by translating medical research outputs into high quality pre-clinical candidates for the bio-pharmaceutical industry, venture capital companies and philanthropic funding agencies.

BioCurate is one of the key partners in the Biomedical Translation Bridge Program, a national initiative of the Australian Government aimed at nurturing the translation of new therapies, technologies and medical devices through to the proof of concept stage.