Uniseed CEOs analysis of the Federal Budget and Innovation 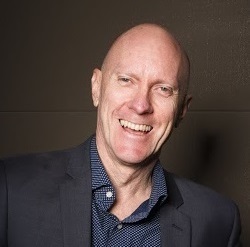 With an emphasis on big-ticket items such as tax cuts and infrastructure in a bid to win the upcoming election, the federal budget was sadly lacking in measures to support start-ups with very little in the way of direct assistance for the Australian local innovation industry.

Whilst there were some positives – most notably in the increased support for women in STEM and an increase in funding for export market development grants (EMDGs) – it is difficult to see that this budget will have any lasting positive impact on the start-up community.

Interestingly – given the recent heated debate – was Treasurer Josh Frydenberg’s silence on the Research & Development Tax Incentive prompted by his predecessors or any plans for the measure on Tuesday night.

However, any lack of commentary on the measure doesn’t mean the future of the incentive is certain. Past governments have seen R&D tax incentive cuts as an easy way to boost their fiscal coffers and it is important to note that before the budget, the government had planned to tie the R&D tax credit to company tax rate. Given the announcement on Tuesday night that the company tax rate for SMEs with an annual turnover of less than $50 million would be reduced to 25% by 2021-22, any resurrection of these plans to tie the incentive to the company tax rate would be bad news for Australian start-ups.

This ongoing uncertainty surrounding the R&D tax incentive is unwelcome. It remains the most important non-dilutive funding from the Federal Govt for start-ups. As an example, in Uniseed-backed companies, it has accounted for more than any other government scheme with $44.8 million of non-dilutive funding received. Unlike grants, the R&D tax incentive provides an important form of cashflow certainty – companies can rely on incentives and plan for them – unlike grants, which they can apply for but might not receive.

One can only hope that the outlined increase in expenditure on the incentive in Treasury Budget Paper 1.16 – from the “estimated actual” for 2018-19 of $1,967 million to a forecast $2,410 million in 2022-23 – will not result in pressure on any government going forward to make reductions to these levels.

The $60 million boost for EMDGs was a particularly positive standout given the scheme has remained frozen at $131 million since 2013-14 despite a 70% increase in applications. EMDGs are an important source of funding for growing Australian companies as many on them rely on this to assist their exporting and business development overseas. According to the Export Consultants Association, companies such as Atlassian, Cochlear and Blackmores used EMDGs in their early days to generate brand awareness overseas, and the grant generates $40 in export income for every dollar spent.

Equally welcome was the additional $3.4 million to support women in science, technology, engineering and mathematics (STEM). This follows on from the $4.5 million committed in the 2018 budget and the appointment of a women in STEM ambassador to advocate for gender equality. This latest round of funding is aimed at extending the Science in Australia Gender Equity initiative in higher education and research institutions and showcasing the benefits of STEM skills and careers to Australian children to encourage more participation in STEM.

Increased funding for commercialisation was another positive, with the announcement of $9 billion for science, research and technology including commercialisation and a commitment to an extra $1.2 billion to Australia’s Medical Research Investment Plan to support commercialisation projects, building on $1.5 billion in existing investment. A total of $311.3 million was earmarked for medical research commercialisation specifically.

Increased provisions for medical research are important as many of these discoveries are deemed too early for investment and seen as too risky in terms of science and people risk. Further support will enable them to move out of the lab with the right skills and resources to commercialise.

Equally, there were some health-related measures that could have some positive flow on effects to the biotech industry – the $80 billion for the Children’s Cancer Centre in Sydney, along with a “heart kids project” and funding for mental health and youth suicide.

In addition, the $354 million to be spent on clinical trials for rare cancers, rare diseases and unmet needs, $23 million for tackling anti-microbial resistance and drug resistant tuberculosis and $444.6 million to researchers “to make breakthrough discoveries, develop their skills and progress their careers” are also welcome measures for emerging Australian life sciences companies.

However, overall, this budget doesn’t score well in terms of having any cohesive long-term support measures for the Australian start-up community. Measures announced were piecemeal at best, and once again, the future of the R&D tax incentive remains uncertain. At the very least, we can say that a lack of cuts to support fiscal measures – as other governments have pursued in the past – is welcome.