Since inception, Uniseed is proud to have provided young graduates experience as paid Investment Interns or Investment Associates with some of these then being employed as Investment Analysts with Uniseed.  In this way, Uniseed’s program provides real hands on experience and development for the candidate rather than a short time stay of a few weeks that other programs may offer.  This also helps candidates break the paradigm of “can’t get a job without experience and can’t get experience without a job”.

The program has also provided science (Masters or PhD) graduates with the ability to pursue a non-research career.

Cate was a Graduate of the UQ Masters in Biotechnology program in 2002, and subsequently she started a Doctor of Biotechnology degree at UQ in 2003 after joining Uniseed, which she then completed.

After gaining valuable experience with the firm, Cate joined leading Queensland venture fund CM Capital from 2007-2011. She then became Business Development Manager of two biotechnology start-ups – ASX-listed Universal Biosensors from 2010-2012 and San Diego based Orphagen Pharmaceuticals Inc in 2012-2013. From mid-2013, she has been a Science and Maths Educator at High Tech High in San Marcos, USA

“As a new university graduate eager to enter the biotechnology industry in Australia, Uniseed provided me with a unique opportunity to learn about cutting edge scientific research and venture financing. With the guidance of talented professionals not just from within Uniseed itself, but also the University commercialization teams represented on Uniseed’s Investment Committee, I learned the analytical skills, and scientific and business communication skills, that were critical for my subsequent roles in venture capital and business development.” (Cate) 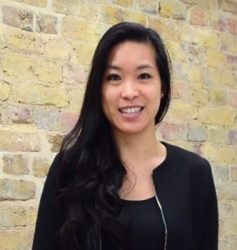 Vivian was a recent graduate of the University of Queensland’s Bachelor of Biotechnology program when Uniseed provided her a role as Investment Process Manager – her first employment since graduating. Vivian worked with Uniseed for just over a year before moving to Cambridge UK and completing her PhD in 2012. She is now CEO of Cambridge biotech start-up Sparrho, which she formed in 2013.

Vivian has been the recipient of significant honours and awards. In 2017, she was selected by the MIT technology Review magazine as one of its 35 Innovators Under 35. In 2016, she was named one of the Top 5 Women within the Top 100 Asian Stars in UK Tech. In 2015 she was named one of Management Today’s 35 Women Under 35. In 2014, she was selected as a semi-finalist for The Duke of York (UK) New Entrepreneur of the Year. Vivian has twice been invited to address EU ministers about the importance of open data for innovation, in 2015 and 2016. In 2019, she was named by The Guardian as one of the ten people under 35 who are changing the world for the better. She has been invited to No. 10 Downing Street multiple times, and sits on the Department for Digital, Culture, Media and Sport’s Digital Economy Advisory Group alongside the Minister of State for Digital.

“At Uniseed, I was exposed to a wide range of experiences, assisting the CEO to attend Board meetings, investment committee meetings as well as participating in internal management meetings which allowed me to experience first-hand what it was like for start-ups to receive successful investment. It was particularly helpful for me to understand how and what process VCs have to go through to decide to invest, which gave me great insight when I sought investment for my own start-up. I also had the opportunity to discuss and learn about the cutting-edge research from our university partners and I personally experienced how hard it was to find, access, and understand the latest science – which led me to found my current company – Sparrho”. (Vivian) 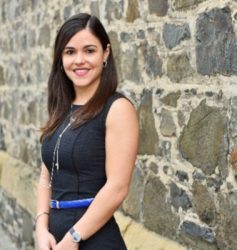 Patricia (Trish) was born and educated in Brasil. She moved to Australia and completed a Bachelor of Biotechnology (Honours) at the University of Queensland from 2005 – 2008, with Uniseed providing her first employment role after graduating.

After working at Uniseed for nearly 2 years, Trish joined financial advisory firm WB Financial, where she has gone on to excel. She was named Rising Star at the 2016 Women in Financial Services Awards and FPA AFP Financial Planner of the Year 2017. She is currently a Director at Your Vision Financial Solutions (t/a WB Financial)

“Straight out of university, working for Uniseed helped me gain an insight into the seed venture capital industry and allowed me to not only utilise my background in Biotechnology but also explore the investment world. It was very exciting to be part of the due diligence process into potential new investments coming out from the partner universities. I also loved seeing the investments we had made progress through the various funding and research phases”. (Trish) 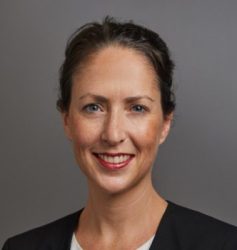 Caroline was employed at Uniseed while doing her PhD at the Institute of Molecular Biosciences at UQ, which she completed in 2010. She went on to do post-doctoral research at UQ and then at the Mt Sinai Hospital in New York.

From 2013 – 2018, she was the Stem Cells and Regeneration Reviews Editor for the journal Development in Cambridge UK. Since August 2018, she has been the Scientific Manager and Advisor to the Chair at Yale University Department of Genetics.

“There is precious little information on what it feels like to work in the industry – the culture, the pace, the personalities and so on. The time I spent in the Uniseed office was an opportunity to experience the day-to-day reality of working in the venture capital industry. That is why it was so valuable to me: I wanted to be immersed in that world so that I could get a sense for whether I liked it or not. I enjoyed my time at Uniseed immensely and found the venture capital scene exciting. Ultimately, however, I decided I still had a lot of science left in me and that I wanted to be on the discovery side, rather than the commercialization side”. (Caroline) 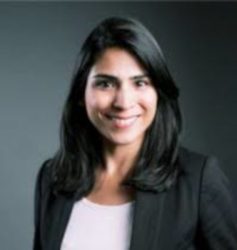 Kastoori (Kas) graduated with a PhD from the Australian National University in 2012 and worked there as a Research fellow until April 2014.

After her internship at Uniseed she went on to work at Queenland biotechnology company Leaf Resources and then at the Technology Transfer Offices of two Uniseed research partners (the University of Sydney and UNSW) from January 2015 until January 2018. While at UNSW, Kas participated in Uniseed’s Investment Committee meetings during 2017.

In 2018, Kas was awarded the UNSW’s AGSM Excellence Scholarship to support her MBA studies. She has been the recipient of numerous other awards including the Outstanding presenter award, Sydney FC Case Competition 2018; the Top three pitches, AGSM PitchPerfect Competition 2018; and she led a team to top six finalists out of 30+ submissions in the PwC Case for Change Challenge (Jul 2017). Kas has spent time in India on a professional fellowship working with Pollinate Energy in the urban slums of Kanpur.

“My work experience at Uniseed was just the springboard opportunity that I needed to make a switch from academia to commercialisation! Although the role had a steep learning curve, Peter and the team were great mentors during my time there. I was given the opportunity to learn on the job – the complexities of how Uniseed raises capital, makes investments, and manages its portfolio companies. The exposure formed a very strong foundation for almost all roles that I have pursued since. Peter and Uniseed, both, have an excellent reputation within the sector, which has meant that having Uniseed on my CV has continually opened new career doors for me”. (Kastoori) 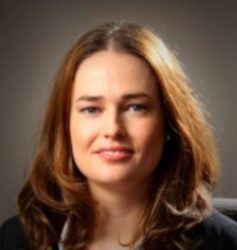 Brighid had completed a 2-month internship at UniQuest before completing a PhD in medicinal chemistry from Griffith University, after which she joined Uniseed – initially as an Intern and then an Investment Analyst. While at Uniseed, she was selected for the Bridge Program in 2018 – a consortium of 16 companies, universities and industry associations aiming to transfer practical skills on pharmaceutical commercialisation through training and direct exposure to industry practitioners.

From October 2018, she joined leading Australian superannuation fund HostPlus as an Investment Analyst – Private Equity. HostPlus are a major investor in the venture capital industry in Australia.

In 2023, Brighid was appointed Head of Private Equity at NGS Super.

“The Uniseed position taught me how to apply the technical skills from my PhD and build on the new skills I had started to develop through the UniQuest internship.  It fed my passion for developing commercial strategies for early-stage investment opportunities.  Another aspect of the Uniseed position I particularly enjoyed was being thrown into the deep end and learning new skills such as financial reporting – which I really love. I also started a masters of Applied Finance while at Uniseed, which I am still working towards. Ultimately, the position at Uniseed gave me an opportunity to prove myself and I wouldn’t have the opportunity at HostPlus without the support, encouragement and learnings from the team at Uniseed”. (Brighid) 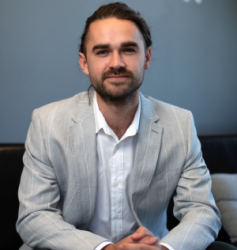 Sam completed an International B.Sc. (Honours) at the University of Wollongong in 2013 and a PhD in neuroimmunology at the University of Queensland in 2019. Following his doctoral studies, he completed trainee roles at UniQuest, a technology transfer company in Queensland, and Treebute.io, a tech start-up in Israel, to learn how to translate research into products/services that can have a tangible impact on society. Sam then completed a 3-month intern program in early 2020, and was subsequently employed as a Business Development Analyst within the Queensland Medical Research Institute Technology Transfer Team.

“A focus of my career to date has been to have a positive impact on society through creating innovation. During my PhD training I learnt how to create new ideas and knowledge that have the potential to seed innovation. At Uniseed, I learnt what an idea that is likely to go on to create innovation looks like. Specifically, I learnt that an innovative idea is one that provides a solution to a customer’s problem, the solution has a competitive advantage over those existing in the market and every innovative idea needs a quality team to successfully translate it into a product or service. The skills, knowledge and experience I have gained at Uniseed will be incredibly valuable to pursing a future career in commercialisation and healthcare”. (Sam) 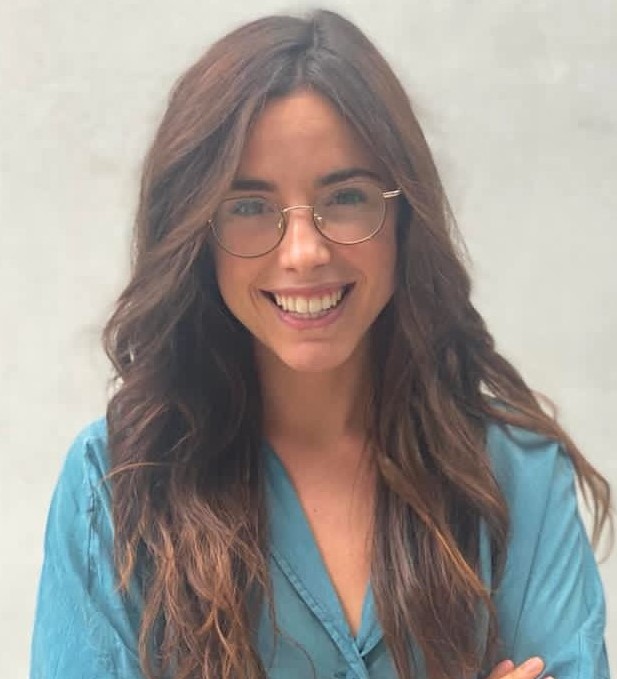 Alex graduated with a BSc in Biology from Universidad Complutense de Madrid in 2019 and completed her Honours in Biotechnology at the Universitat Autonoma de Barcelona. While undergoing her studies, she worked in sales and marketing for companies as diverse as American Express and Studio Cerocomacero, an independent Spanish interior design firm.

She has also participated in social and environmental projects, working on non-for-profit causes in various countries in Central America and Africa and co-founding an NGO to support Syrian refugees in 2015.

In late 2019 she moved to Australia and started working for Inventia Genetic Technologies, a biotechnology enterprise attached to the Queensland Institute of Medical Research.