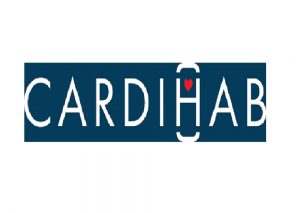 Cardihab has been recognised as one of the leading digital health platforms emerging in Australia in the November 2017 issue of the Qantas Spirit of Australia magazine.

In reviewing the magazine article Uniseed CEO Dr Peter Devine stated, ‘This recognition illustrates the importance of a platform such as Cardihab in the digital health space, providing improved outcomes for patients with heart disease through greater access to and compliance with cardiac rehabilitation.’

The Spirit of Australia magazine is available for download at Qantas.com, with physical copies on board Qantas flights and in lounges during November 2017.

Cardihab SMART CR, was developed by scientists at CSIRO’s digital health arm, known as the Australian eHealth Research Centre (AEHRC), a joint venture between CSIRO and the Queensland Government.  The mobile health technology comes from a world first trial of a digital health intervention for people recovering from a heart attack has become the first spin-out from the CSIRO’s ON accelerator program. Cardihab is working with leading cardiologists at Queensland Cardiology Group (QCG) to further the product offering.

Cardihab’s initial product is being implemented and used throughout Australia. Cardihab makes rehabilitation more convenient for patients and means clinicians are able to offer an alternative model of delivery so that more patients can complete cardiac rehabilitation.  Cardihab was formed in 2016 and is based in Brisbane, Queensland. For more information, go to www.cardihab.com

Uniseed is a venture fund operating at the Universities of Melbourne, Queensland, New South Wales and Sydney, as well as the CSIRO. Uniseed’s mandate is to facilitate the commercialisation of research partner generated intellectual property by targeted investment in highly promising technologies. Uniseed’s investments cover a range of technology sectors. For more information, go to www.uniseed.com