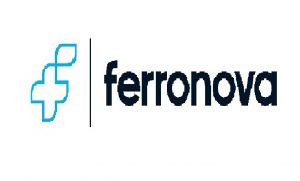 Uniseed investee Ferronova Pty Ltd has been awarded an $826,000 grant from the Australian Government’s BioMedTech Horizons (BTMH) program, operated by MTPConnect to further its nanoparticle development program. The announcement was made by the Minister for Health, The Hon. Greg Hunt MP yesterday.

“The involvement of lymph nodes in colorectal cancer results in a poor prognosis, but for cancers where the spread to the lymph nodes is in the early stages, current standards of care often miss the micro-deposits and assume the patient was cured by surgery alone”, Mr Bartlett said.

“With our research partners we hope to shift the dial for colorectal cancer patients, where currently up to 27 per cent of early stage patients have undetected micro tumours or isolated cancer cells in lymph nodes”.

About Uniseed
Formed in 2000, Uniseed is Australia’s longest running university commercialisation fund. Uniseed has supported a number of highly successful companies arising from partner research organisations, such as the University of Melbourne’s Fibrotech (sold to Shire in 2014) and Hatchtech (sold to Dr Reddy’s Laboratories in 2015); the University of Queensland’s Spinifex (sold to Novartis in 2015); and the University of NSW’s Smart Sparrow (sold to Pearson in 2019) and Exonate (major research collaboration with J&J announced in 2020). For more information visit: www.uniseed.com