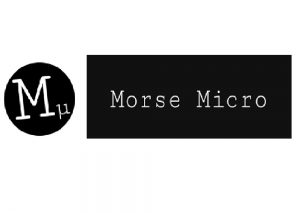 Uniseed first invested in the Series A round of what’s now the largest Australian semiconductor maker, back in May 2019.

Morse Micro intends to use the capital raised to revolutionize our digital future by achieving unprecedented scale and demand for its Wi-Fi HaLow technology. It will focus on deepening its offerings, including the design of new solutions, while accelerating the go-to-market strategy for its existing Wi-Fi HaLow chips and modules.

A strategic business partnership with MegaChips accompanies the investment and will usher in a new era for Wi-Fi HaLow across East Asia. In addition to manufacturing Morse Micro’s IEEE 802.11ah compliant semiconductors and modules, MegaChips will provide quality assurance, sales support and new distribution channels that will deliver scale across the region. The two companies will also engage in joint sales and promotion activities to grow the market for Wi-Fi HaLow solutions.

“With MegaChips’ financial backing and robust manufacturing and sales support, Morse Micro will be poised to achieve our goal of revolutionizing IoT connectivity with our growing portfolio of Wi-Fi HaLow SoCs, modules, software and development tools,” said Michael De Nil, co-founder and chief executive officer at Morse Micro. “With growing market traction for Wi-Fi HaLow-compliant solutions in the IoT ecosystem, we’re at an exciting inflection point. MegaChips shares our vision to revolutionise connectivity and build enduring Wi-Fi HaLow solutions for the future. We are delighted to partner with them, and for the support we’ve had from all of our investors, as we take the next step forward in our company’s journey toward market scale and leadership.”

Since launch in 2016, Morse Micro has focused on long-range, low-power wireless connectivity. Today its portfolio includes the industry’s smallest, fastest and lowest power Wi-Fi HaLow compliant SoCs and modules. With use-cases that extend across the complete IoT ecosystem, from consumer to commercial, industrial to agricultural use, Morse Micro is enabling wirelessly connected devices to achieve 10x longer range, covering 100x the area or 1000x the volume of traditional Wi-Fi networks.

“MegaChips pursues strategic partnerships and investments with promising startups like Morse Micro that have innovative ideas, cutting-edge applications and are expanding their businesses in areas such as industrial IoT, wireless communications and energy control,” said Tetsuo Hikawa, President and CEO of MegaChips Group. “Morse Micro’s visionary management team has had a tremendous impact on the Wi-Fi industry, and we expect more great accomplishments to come as we work together to ramp production and sales of their flagship Wi-Fi HaLow products.”

Note to editors: What is Wi-Fi HaLow?

Wi-Fi HaLow is the first Wi-Fi standard tailored to meet the needs of the IoT, making it a superior alternative to traditional Wi-Fi alternatives and many other wireless technologies.

Wi-Fi HaLow offers a unique combination of capabilities and advantages that other wireless technologies can’t match such as:

MegaChips Corporation (Prime Market of the TSE (Tokyo Stock Exchange): 6875) was established in 1990 as the first innovative fabless semiconductor company in Japan and has focused on R&D and developed unique LSI leveraging proprietary technology. As market needs become increasingly complex due to rapid information technology innovation, we provide total solutions from design to development and production of LSIs that make full use of our unique and original analog and digital technologies and mixed-signal analog/digital technology. While enhancing existing business, we put an effort into sustainable growth focusing its managerial resources into the launch of new business targeting the growth areas of industrial equipment, communications, AI, energy control and robotics. https://www.megachips.co.jp/english/index.html/

Morse Micro is a fast-growing fabless semiconductor company developing Wi-Fi HaLow solutions for the Internet of Things (IoT) market that can reach 10x the range of conventional Wi-Fi technology and last many years on a single battery. The company was founded by Wi-Fi pioneers and innovators, Michael De Nil and Andrew Terry, joined by the original Wi-Fi inventor Prof. Neil Weste and wireless industry veterans, whose teams designed Wi-Fi chips into billions of smartphones. Headquartered in Australia with offices in China, India, the U.K. and the U.S., Morse Micro’s strong and diverse system team, portfolio of IP and patents, enables Wi-Fi HaLow connectivity across the complete IoT ecosystem, from surveillance systems and access control to industrial automation and mobile devices, allowing connected devices to reach farther. www.morsemicro.com